Throughout history there have been people who did not want women to vote. They were supposed to work, pay taxes, but the vote was supposed to be for men.

Women suffragists started the movement for this right from the middle of the 19th century. They organized non-violent actions – street protests, wrote appeals to the parliament, announced hunger strikes.

But there were also radical groups that organized explosions and small sabotage.

And in 1918, Britain passed the Voters Act, which allowed women over the age of 30 to vote. And since 1928, on the territory of the British Empire, women got the opportunity to vote from the age of 21 on an equal basis with men. Cambridge University had two colleges for women only. And both had active associations of suffragettes.

But the university itself was “far away” in these matters. Until the end of the 19th century, women were allowed to study at the university, but they were not given a scientific degree after graduation. An attempt to change this in 1897 met with resistance. The posters also tried to draw attention to the problems of working-class women. 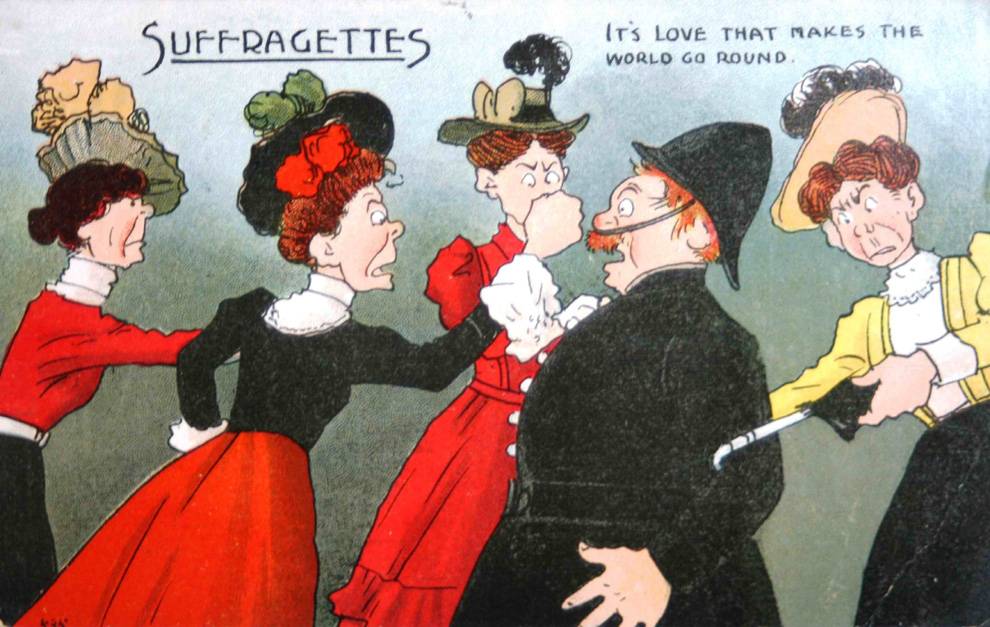 Some leaflets drew attention to the fact that these women did not have the right to vote even in matters that directly affected them. Men decided what was better for a woman, and they themselves voted for it. Historian Lucy Dileep believes that most people in Great Britain at the time were against giving women the right to vote.

As a result, the campaign went far beyond a simple call for equality.

She showed how the right to vote can change the order in families, at work, on the streets – in areas that concern all women.

In 1909, a large-scale protest action took place. This happened after the Secretary of the Interior of Great Britain, Herbert Gladstone, issued a decree on the forced feeding of imprisoned female activists who had announced a hunger strike.

Women suffragettes were divided on whether more radical measures were needed. Some militant activists were ready to break windows and set fire to houses. Others also broke the law, but “creatively”, without violence. For example, they refused to participate in the census or pay taxes until they received the right to vote.

Suffragettes, members of the women’s movement to enfranchise women. The movement gained popularity in the second half of the 19th and early 20th centuries. in the UK, USA, Germany and some other countries.  Widely used (especially in the UK) the tactics of obstruction, staged noisy demonstrations. In 1904 an international organization was founded—the International Alliance for Women’s Suffrage (since 1946—the International Alliance of Women for Equal Rights and Duties).

The  movement, which did not rely on working women, was of a bourgeois nature and did not receive much political resonance. After World War I (1914–18), when women gained the right to vote in a number of countries under the influence of the revolutionary struggle of the working people, the movement ceased.

Voting rights or the history of English suffragettes⁠⁠

On February 6, 1918, a significant event took place in the history of the United Kingdom, the Representation of the People Act was passed by Parliament, which gave the right to vote to men over 21 years old, as well as women over 30 years old. In addition to the difference in age, there was another important component: the right to vote of men was not limited to any minimum property qualification, while women could only vote in the district of residence, or if they owned land or premises, the value of which met the requirements set out in the act.

The history of women’s suffrage in Great Britain began long before 1918. By the end of the 19th century, during the implementation of parliamentary reforms, a significant part of the male population had already received the right to vote, while women’s suffrage was not supported, and all attempts to consider it were rejected. 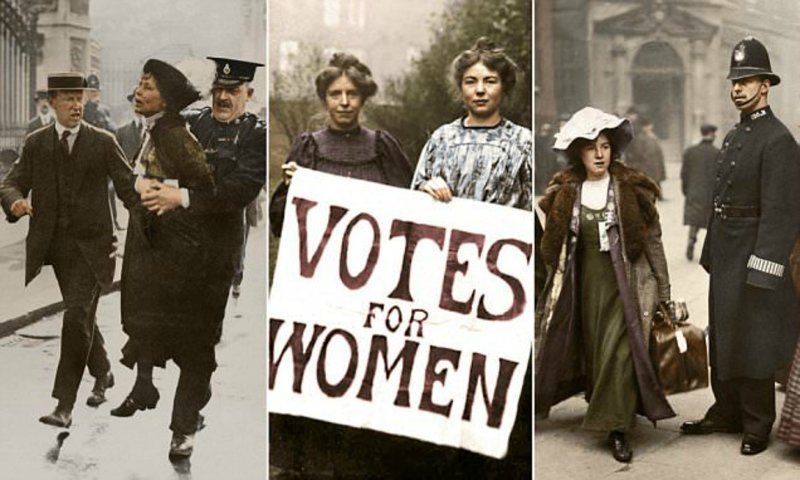 In 1897, at the initiative of Fawcett Millicent, president of the National Union of Women’s Suffrage Societies, the National Union of Women’s Suffrage Societies (NUWSS) was founded, which managed to unite smaller groups fighting for women’s suffrage. Over 50,000 women became members of the union, mostly from the middle class. Millicent believed that a non-violent campaign, carried out through petitions and lobbying of deputies, would be able to lead to constitutional changes.

But, as time has shown, Labor as a whole provided mixed support for the NUWSS, as politicians did not notice equal partners in suffragettes and regarded feminism as “a curious episode in the history of popular agitation.” In turn, this attitude encouraged NUWSS to move from words to actions.

This led to the formation of women’s trade unions, which began to fight for higher wages, better working conditions and for the possibility of political representation. But even these actions were not enough. After six years of almost unsuccessful struggle, women across the country became disillusioned with the moderate policies pursued by Millicent.