The US president has a “strong” veto: to override it, each house of Congress must vote with a two-thirds vote. At the same time, the President widely uses this authority only in conditions when the majority in Congress belongs to another political force

A characteristic feature of presidential systems is that the president is elected by the people and acts as a veto player in the legislative process. The president can act as a force that brings national orientation to the development of a political course.

The president, who has the power of veto, can sign or veto a bill proposed by the parliament. By signing it, he accepts the version submitted by the parliament, which means the impossibility of vetoing some parts of this draft law and promulgating the remaining ones (promulgation is the introduction of the adopted draft law by the head of state by signing and promulgating it). 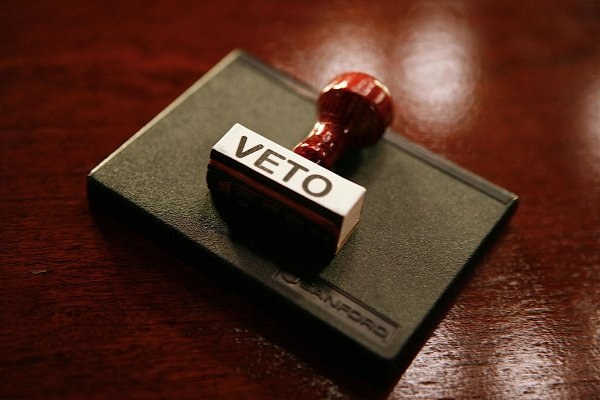 An absolute veto is a ban on the implementation of a law adopted by the parliament that cannot be overridden. In constitutional and legal practice, such an institution is quite rare. Among the heads of states of the European Union, only the monarch of Great Britain has this right, who has not used it during the last two centuries.

In some constitutions, the president can veto certain provisions of a bill.

In effect, a partial veto, also known as an itemized veto, allows the president to promulgate sections of a bill that he agrees with and return only the vetoed parts of the bill to parliament for review. If the president can selectively veto certain objectionable parts of the bill, then he has the ability to adjust the legislative process with the help of well-chosen reciprocal favors, which strengthens his power compared to those options in which the veto is imposed on the entire bill and not on its parts.

Without such a signature, the act is invalid. In different countries, the scope of application of the institution of countersigning of presidential acts is different. In countries with a parliamentary form of government, all or almost all acts of the president or monarch are countersigned, including decisions on the appointment of the head and members of the government, the dissolution of the parliament, the return of a draft law (a law passed by the parliament, but not promulgated by the head of state) for reconsideration in the parliament, etc. In the second case, if the president does not have a majority in the parliament, he appoints the prime minister from the power that has a majority in the parliament, which represents a situation of cohabitation, and, accordingly, the state switches to the regime of the parliamentary system. In 1986-1988, President François Mitterrand (Socialist) and Prime Minister Jacques Chirac (Hollist) in a state of cohabitation acquired a division of powers: the President was engaged in foreign policy, and the Prime Minister – domestic.

The next two periods of cohabitation (1993-1995 and 1997-2002) demonstrated no less effectiveness. Based on the powers and optimality of the use of the right of veto by the president in each of the mentioned cases, the president is generally not inclined to use the right of veto, since in the first case there is no need for it, and in the second the scope of his activity is so limited that interference in the legislative process becomes impossible.

The Portuguese Republic is a parliamentary republic where the Prime Minister is usually the leader of the party that won the parliamentary elections. Despite the fact that the president’s veto is overridden by 2/3 of the deputies’ votes, he has powerful mechanisms for delaying the process of adopting the law, since the Constitution does not declare a term for the president to sign and promulgate the law, or a term for the Constitutional Court to consider the law.